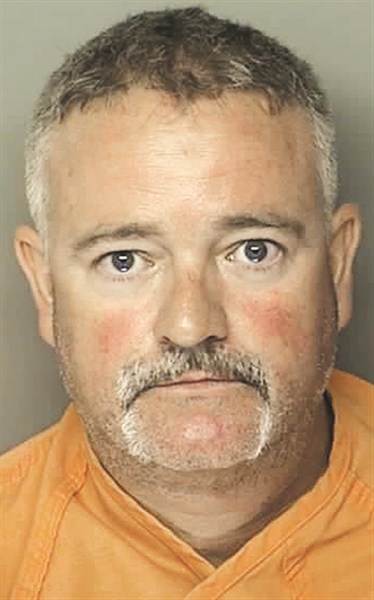 Attempted murder and weapons charges were filed against a Loris man Wednesday, after being accused of shooting a man fleeing from him on a motorcycle, Sgt. Robert Kegler of the Horry County Police Department said.
Travis McArthor Tyler, 45, of Daisy Road, was charged with attempted murder and possession of a weapon during the commission of a violent crime, Kegler said.
Tyler is accused of shooting Troy Todd, 46, of Red Bluff Road, during a confrontation that began at the Allsbrook Grocery Store about 9 p.m. Tuesday, a report by Officer Clevon Boyd said.
Investigators learned of the crime when summoned to McLeod Loris hospital Tuesday evening. Todd was treated at the hospital for a gunshot wound to his left forearm. His injury did not appear life threatening.
Todd told police that he had sent a message to a female friend earlier in the evening about a set of her car keys that he had. Shortly after, Todd said, Tyler called from the woman’s phone “cursing and yelling at him,” the report said.
After some “words back and forth” Todd said he agreed to meet with Tyler at the Allsbrook store, located on US 701 south of Loris. Todd told police that Tyler was across the street from the store when he arrived, sitting in his white Chevy truck.
Just a few words were spoken, Todd told police, before he left on his motorcycle heading toward Daisy Road. Todd told police “he heard the subject’s truck pipes and what he believes to be his truck accelerating behind him,” the report said. “He then started hearing gunshots behind him.”
Trying to get away, Todd told police he reached speeds of 100 miles per hour, and “he threw his hand up waving off the subject and that is when he was hit by a bullet.”
Todd said he did not know how many shots were fired, but that while he was on Dusty Lane he hit a residential mailbox.
When the victim left on his motorcycle, “the suspect began to follow him down the road at a high rate of speed,” Kegler said. “The suspect then began firing a gun at the victim as he was trying to get away on the motorcycle, striking him in the forearm.
Kegler said the man on the motorcycle was able to elude his pursuer, and sought medical attention at the Loris Fire Department.
Police found Tyler parked at the Allsbrook store, and he was taken into custody without incident, the report said.
Look for more on this story in the June 12 Tabor-Loris Tribune print edition.