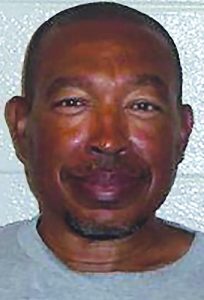 An investigation is underway into how Ricky Robinson eluded capture after walking away from a Columbus County prison Tuesday afternoon, NC Department of Public Safety spokesman Jerry Higgins said.

Robinson, 59, was captured about 1 a.m. Thursday in a home not far from the Columbus Correctional Institution, near the Town of Brunswick.

A minimum custody inmate at Tabor Correctional Institution, Robinson had been assigned to perform janitorial duties at CCI on Tuesday, and walked away from the prison.

Ricky Robinson is back in custody, captured by NC Department of Public Safety staff and the Columbus County Sheriff’s Office, a NCDPS news release said.

Robinson had not traveled far since walking away from Columbus Correctional Institution near the town of Brunswick Tuesday afternoon.

A minimum custody inmate at Tabor Correctional Institution, Robinson, 59, had been assigned to CCI Tuesday to perform janitorial work.

Robinson will face charges related to the escape, the DPS release said. Sentenced in 2012 as a habitual offender, he had been scheduled for release in June 2021.

Ricky Robinson, 59, had been taken from the minimum custody unit at TCI to perform janitorial duties at CCI earlier Tuesday, and was discovered missing during the afternoon, a NC Dept. of Public Safety news release said.

Anyone with information on Robinson’s location is asked to call 911, contact local law enforcement, or contact Tabor Correctional Institution.