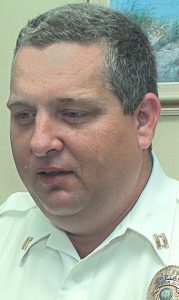 He served the Tabor City Police Department from August 1992 through February 2013, leaving for just two months in 2004, then returning.

Funeral arrangements have been posted here, a guest register here.