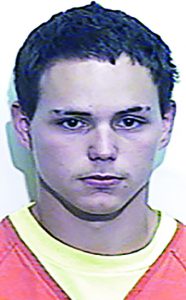 Footprints left behind Gapway Baptist Church during the weekend led Columbus County Sheriff’s deputies to several items stolen following a break-in there, and to a suspect.

Footsteps behind the church led to a camper. Deputies located the owner, were given permission to search, and located all of the stolen items inside, Tatum said.