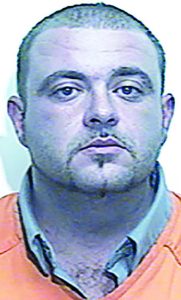 Sonny Ray Vause, 33, of the 12000 block of James B. White Hwy South, Clarendon, was arrested Tuesday, accused in a warrant of committing and attempt to commit “a lewd and lascivious act upon the body of a juvenile under the age of 16,” sheriff’s spokeswoman Michelle Tatum said Wednesday.

A detective received the complaint Tuesday, though the warrant says the crime took place between March 1 and June 9 of this year.

“This is an ongoing investigation,” Tatum said.