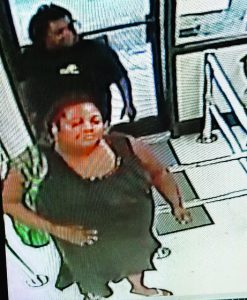 Officers are asking for help from the public identifying the women, who were in the store on U.S. 701 Bypass just after 5 p.m. Monday, Officer Brian Campbell of the Tabor City Police Department said.

Anyone with information on the theft, and the women, is asked to contact Officer Campbell at the Tabor City Police Department or 910-640-1428.

Look for details here as events warrant, and in the next Tabor-Loris Tribune in print and online.