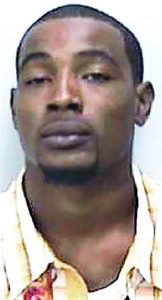 Details on a long-running federal investigation that resulted in the arrest of an eighth suspect Tuesday are outlined in a federal indictment that alleges money laundering stretching from February 2014 through November of this year and a more recent series of drug sales.

A principal owner of a chain of auto sales lots anchored in Whiteville is among the accused.

Information on where Phillips, or seven others arrested last week, are being held is “not public information at this time,” spokesman Don Connelly said.

While other documents relating to the investigation remain out of the public eye, the federal grand jury indictment returned on Nov. 27 outlines drug trafficking, money laundering through the purchases of cars in Whiteville and Pawleys Island, and seeks the forfeiture of more than $44,000 in cash and a .40 caliber handgun.

Two of the suspects are accused of money laundering in the 22-count indictment.

Teeya Reeves Scheer, 42, of Whiteville, and Justin Lee “Longbird” Myers, 33, of Myrtle Beach, are accused of laundering $30,000 in illegally obtained cash through the purchase of a 2014 Chevrolet Corvette from Car City in Whiteville on Feb. 17, 2014.

Myers is also accused of laundering $30,000 in illegally obtained cash through the purchase of a 2014 Porsche Panamera from Island Chrysler of Pawley’s Island on Nov. 2, 2015.