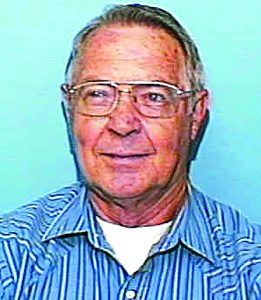 Safe and sound, a man reported missing from the Tabor City Monday night was located more than 120 miles away Tuesday morning.

Police in Pageland found Donald Wilbur Dean, 84, Tuesday morning, a spokesman said, his family picking him up and returning him to his Lester Watts Road home east of Tabor City.

A Silver Alert was issued for Dean Monday night after he drove away from his home. Police in Pageland found Dean with his truck.

A Silver Alert has been issued for an elderly Tabor City man last seen at his Lester Watts Road home, the N.C. Center for Missing Persons announced Monday night.

Donald Wilbur Dean, 84, is believed to be suffering from dementia or some other cognitive impairment.

Dean is a white male, stands 6 feet high and weighs 185 pounds. His hair is gray, medium length, and his eyes are blue.

Dean may be in a silver 2002 Chevrolet Silverado with a Florida license plate Y99-CFI. He may be wearing blue jeans, a T-shirt and a black leather jacket. He was last seen travelling east on Lester Watts Road.

Anyone with information on Dean is asked to contact the Columbus County Sheriff’s Office at 910-640-1428.

Look for updates here as events warrant and the story in the next Tabor-Loris Tribune in print and online.