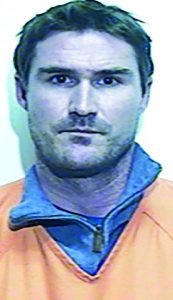 A traffic stop near Tabor City has resulted in felony drug charges for a Brunswick County man with a familiar name in politics.

Redwine was held at the Columbus County Detention Center in Whiteville under bonds totaling $50,000.

Redwine is the son of former state Rep. David Redwine, who represented both Brunswick and at times Columbus County for nearly two decades beginning in 1983.