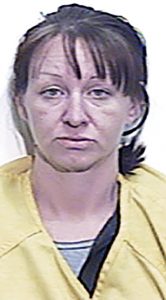 Two residential break-ins have been cleared with two arrests and much of the stolen merchandise recovered, Columbus County Sheriff Lewis Hatcher said Friday.

Additional property believed stolen from Walmart in Whiteville was also recovered as part of the same investigation, Hatcher said in a news release. 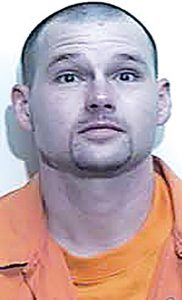 Strickland is also charged with possession of a controlled substance in a jail, possession of stolen property, larceny, obtaining property by false pretense, and resisting police, the last three charges brought by the Whiteville Police Department.

Strickland was held at the Columbus County Detention Center under a $25,000 secured bond. Bail for Blackwell was set at $30,000.

A break for detectives came on April 13, when a Tabor City area resident reported a “suspicious vehicle” on his property occupied by a man and a woman who claimed they were there “to take family portraits. Additional tips that day “played a pivotal role in determining the identity of the suspects,” the news release said.

A deputy on patrol the following day found a vehicle that matched the description of the “suspicious vehicle” with a large box in the trunk, sticking out, with an out-of-state license plate that did not match the vehicle.

As a result of that stop the deputy learned that Strickland was at the Whiteville Police Department, where she was being interviewed in relation to property stolen form Walmart. Strickland gave the deputy consent to search her home, the news release said.