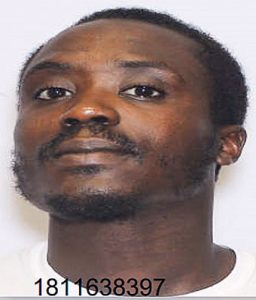 Murder on a Loris street earlier this week has led to a local man now sought for that killing.

Tyshawn Antwaun Brown, 25, of Loris is wanted for murder in Tuesday’s shooting death of Charles Edward Durant II, 20, slain while sitting in his small pick-up truck at the intersection of Spring and Church streets in Loris.

Durant was identified as the deceased by Horry County Deputy Coroner Tony Hendrick.

Brown was identified as the murder suspect in an Horry County Police Department news release Thursday.

Brown “is to be considered armed and dangerous,” the news release said. 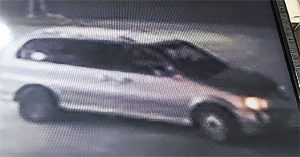 Murder suspect is believed to be in this 2005 Kia Sedona

Brown is believed to be driving a silver in color 2005 Kia Sedona bearing a SC 5929MG license plate. The right rear hubcap on the vehicle is missing.

A woman who was in the Chevrolet S-10 pick-up turck with Durant was also shot, taken to Grand Strand Regional Medical Center in Myrtle Beach following the shooting which took place just after 9:30 p.m. Tuesday.

Both victims were in the truck stopped at a stop sign when another vehicle pulled up, gunfire coming from it, HCPD spokeswoman Krystal Dotson said.