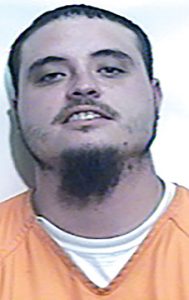 Mitchel James Fowler Jr., 27, of Jessie Street, Tabor City, was charged with assault with a deadly weapon with intent to kill and discharging a weapon into occupied property.

Also either on the porch or in the home were Jeremy Tyrone Floyd, 23, of Tabor City and Alysia Davonna James, 21, of Loris. Fowler was at a nearby home on Smith Avenue, and had a previous relationship with Smith.

No one was injured in the gunfire.

For more on this story, and the rest of the week’s news, see tomorrow’s Tabor-Loris Tribune in print and online.