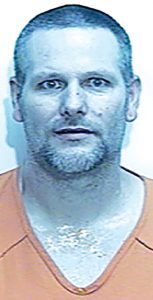 A marijuana growing operation was found Friday on the property of an area man on probation for previous drug offenses, Columbus County Sheriff Lewis Hatcher said.

Stephens was charged with manufacturing marijuana; possession with intent to manufacture, sell and deliver a schedule 3 controlled substance, trafficking opium or heroin, and possession of marijuana paraphernalia. Each of those charges were felonies, with the exception of the paraphernalia count.

Also charged with violating terms of his probation, Stevens was held at the Columbus County Detention Center, his bond set at $140,000.