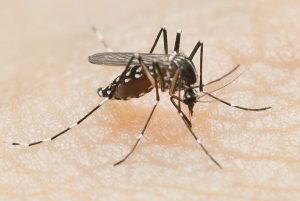 Horry County is waging war with a mosquito population that has exploded in the aftermath of Hurricane Florence, and Columbus County is attacking the pests and seeking additional resources to ramp up that effort.

Horry County Council approved the transfer of $3 million for mosquito spraying on Thursday, fueling ongoing efforts already underway by the county’s stormwater office. Ground and aerial efforts began in northern areas of Horry earlier in the week, and are going.

“We’ve got three units out spraying, daily,” Stephens said. “We’ve applied for state and federal assistance to do more, even some aerial spraying.”

North Carolina Gov. Roy Cooper ordered the transfer of $4 million to bolster mosquito control efforts in 27 counties currently under a major disaster declaration as a result of Florence.

Columbus is among those counties. Stephens said Thursday that he had not yet seen any of those state funds, but that the local share of those funds would likely not go far.

“Those chemicals are expensive,” Stephens said.

Horry County Stormwater officials are working closely with the aerial mosquito spraying contractor to determine a schedule for additional aerial mosquito spraying, a county news release said. The goal of this additional aerial spraying is to treat all of the unincorporated areas in Horry County to combat the potential public health threat of the large mosquito population after the storm.

Spraying schedule will be published here.

All mosquito spraying is weather dependent and up to the judgement of the contractor.

Truck spraying is also continuing in the morning and evenings in Horry until further notice. Residents in the unincorporated areas of Horry County may request spraying in their area by filling out the online form here.

Safety precautions are important, with Horry County Stormwater Department recommending the use of bug spray with active ingredients such as DEET, picaridin, IR3535, lemon eucalyptus, and para-menthane-diol.

Chemicals used for mosquito control spraying are approved by the EPA and pose minimal risk to humans or animals.

Individuals with asthma or other respiratory illness may wish to stay indoors and close windows and doors during spraying. In addition, homegrown fruits and vegetables should be washed, scrubbed, and/or peeled before eating.

To help keep honeybee population safe, beekeepers are urged to contact the Horry County Stormwater Department to identify the location of their colonies.