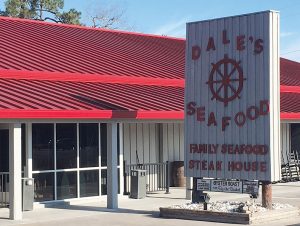 Dale’s will re-open at 4 p.m. today, co-owner Sue Gore Tyson said, with early plans for a more organized re-opening schedule scuttled by uncertainty on when required inspections would be complete.

Tyson said inspectors were to deliver the critical Certificate of Occupancy this morning, paving the way for opening the store.

“We will have a formal grand opening, ribbon cutting, all of that, a little later,” Tyson said.

A soft opening will give workers time to get used to the new restaurant and in the rhythm of serving customers well, Tyson said.

See more on this story in the next Tabor-Loris Tribune in print and online.