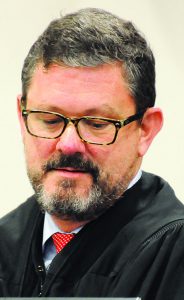 Neither Jody Greene nor Lewis Hatcher will be running the Columbus County Sheriff’s Office for the time being, but the confidential agreement hammered out between the men during mediation Thursday was likely better for both than scheduled litigation would Monday would have been, Superior Court Judge A. Graham Shirley said during a 7-minute hearing in Whiteville Friday afternoon.

Judge Graham said he had not seen the agreement, and would not unless necessary, but he left the matter under the jurisdiction of his court in the event the terms of the agreement need enforcing. 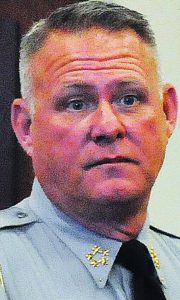 Attorney’s Boyd Worley, for Greene; and Oscar M. Blanks III, for Hatcher, said they were not optimistic a settlement could be reached when they began court mandated mediation Thursday evening. During the course of about nine hours, mediator Valerie Johnson of Durham brought the two sides to an understanding.

“She was the only one in the state of North Carolina who could have resolved a very delicate situation,” Worley said.

Identical statements released by the attorney’s Thursday night say Capt. Jason Soles, who has led the sheriff’s Criminal Investigations Division under both Hatcher and Greene, will assume day-to-day command of the office will the state Board of Elections considers protest appeals filed in last November’s sheriff’s race. 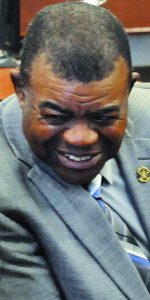 Neither attorney, nor Greene, would say when that transition will take place, citing the agreement’s confidentiality cause. Greene was in uniform in the courtroom, and apparently still acting in his capacity as sheriff’