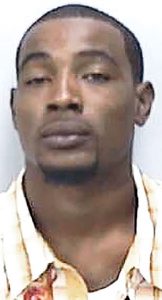 A day of reckoning has come for a Tabor City area man who admitted guilt to drug and money laundering conspiracy charges a year ago.

Justin Lee Myers, 34, who has also previously listed an address in Myrtle Beach, was sentenced this week to serve 14 years in prison for his part in a federal drug and money laundering scheme that was centered in an area known as the “Sandpit” east of Tabor City from December 2008 through most of 2017, a Wednesday news release from Robert J. Higdon Jr., US Attorney for the Eastern District of North Carolina said.

Myers was charged as part of a 22-count indictment on Nov. 19, 2017 that named eight defendants in the drug and money laundering operation.

One or two armed members of the drug group typically manned the checkpoint.

Confidential informants conducted a series of controlled purchases, and through investigation investigators learned that Myers supplied the heroin, cocaine, crack, and marijuana and attempted to launder proceeds of the drug trafficking.