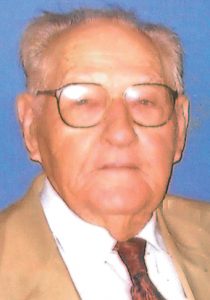 Born Jan. 13, 1922 in Columbus County, he was the son of the late Daniel Webster Gore and Dora Watts Gore and the widower of Mortielee Parker Gore.

He is survived by two daughters, Linda Gore McPherson and husband Rodney of Clarendon and Sharon Gore Wright of Columbia; twin sister Louise Sayer David and husband Daniel of Fayetteville; and one granddaughter, Jennifer Ashley Wright.

He was a member of Bethel United Methodist Church and faithfully attended as long as his health permitted.