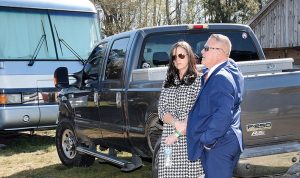 The decision was far from the last word, State Board of Elections attorney Josh Lawson reminding members that the body in Raleigh will take jurisdiction of the protest filed by Gloria Smith of Whiteville immediately.

Board members unanimously rejected allegations from Smith that irregularities in the election last fall changed the outcome.

Board member Katherine Horne proved persuasive in arguments rejecting Greene’s steadfast argument that he has been a resident of the county since 2012, his home on farm land he bought on Page Mill Road then.

A field trip to the Cerro Gordo property seemed to tip the scales for Horne against Greene’s claim that his residence is a recreational vehicle on the property. Especially troubling, Horne said, was the lack of a septic tank on the land. Greene testified earlier in the day that “black water” from the RV was taken to a campground in Tabor City monthly to be dumped.

Horne also cited power company bills for the property, entered by Greene, that showed much heavier use in late 2018, as he campaigned for sheriff, much less use in November 2017. State law requires that Greene be a resident of Columbus County for a year prior to the election.

Board member Brenda Ebron said she had been prepared to vote that attorney’s for Smith had not met the burden of proving Greene is not a resident, but changed her mind after hearing Horne’s arguments.

Ralph Frazier, an attorney who has represented Smith and former sheriff Lewis Hatcher, said after the hearing that he was pleased with the decision on residency.

“We asked the board to use common sense,” Frazier said, “and they did.”

Greene attorney Boyd Worley said the decision will have no immediate impact, because the state board will automatically review the decision.

“The decision made here by the county board in no way changes the current status of the office sheriff and who is in the office of sheriff,” Worley said. “This matter is now under the jurisdiction of the State Board of Elections.

Just when the State Board will take up the sheriff’s protests, including another from Nancy Hill of Brunswick, wasn’t clear Thursday.

Raleigh attorney Michael Crowell, representing the county board, said he would have to prepare a written order of findings of fact and conclusions of law, a task he said won’t be complete before the middle of next week.

State Board officials had ordered that the written order be complete by Friday of this week. That’s not possible, Crowell said.

A field trip to Cerro Gordo property owned by Jody Greene and testimony from the candidate at the center of protests in last November’s election for Columbus County Sheriff have been at the forefront of a second day of testimony before the Columbus County Board of Elections Thursday.

Greene attorney Phillip Isley asked the board to consider the trip to Cerro Gordo as the hearing that began Wednesday morning resumed after 9 a.m. Thursday, saying it would illuminate testimony Greene and others would give later in the day.

Attorneys for Lewis Hatcher, who served as sheriff until Greene was sworn last December, argued that the field trip was irrelevant, because it did not show the condition of the property a year before the November 2018 general election, the year required to establish residency.

Charles David Andrews, a North Myrtle Beach resident, testified he has been a friend of Greene’s for many years, visited with him at his camper and RV homes in Cerro Gordo, and that Greene had never been a resident of North Myrtle Beach, where he owns a home.

Greene was the second witness of the day, also called by Greene attorney Boyd Worley. He testified at lengthy about his life. A Cerro Gordo native, Greene testified he had lived there most of his life, with exceptions for duty elsewhere as a North Carolina Highway Patrol trooper.

Questioned about his mailing and physical addresses for his driver’s license, tax and credit card statements, bank records, and more, Greene consistently cited his Page Mill Road address, saying “that’s my home, that’s where I live.” 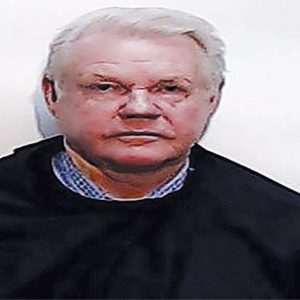 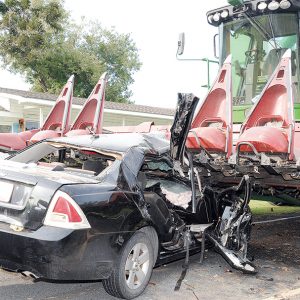