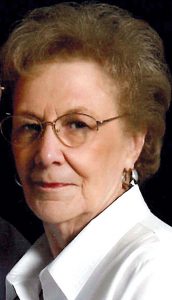 Born in Columbus County she was the daughter of late G.C Jacobs and Annie Norris Jacobs. She was the widow of Rev. Howard William Fowler.

She was a member of Tabor City Baptist Church.

In addition to her husband she was preceded in death by one son, Kenny Fowler; a granddaughter, Brittany Fowler; four brothers; and four sisters.

In lieu of flowers memorials may be made to the Tabor City Baptist Church Helping Hands Ministry 200 Live Oak St Tabor City, NC 28463.