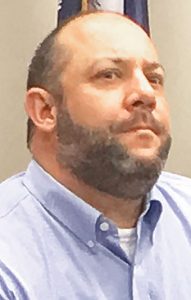 Mayor Todd Harrelson had little to say during the public comment section of the regular meeting when this Tabor-Loris Tribune reporter asked how long Kempski’s sudden vacation, that began last Monday, would last.

Earlier in the meeting Harrelson said he would not answer personnel questions or address rumors. City attorney Kenneth Moss concurred.

Loris Scene reporter Scott Harper rose to challenge Harrelson, arguing that since the mayor had addressed “rumors” concerning Kempski he had made discussion of those rumors “public” and should address them.

For more on this story, and on council action during Monday’s meeting, see this week’s Tabor-Loris Tribune in print and online.