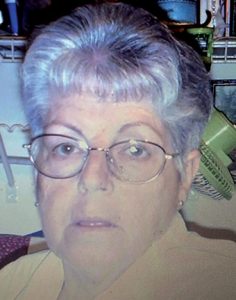 Barbara S. Turner of Tabor City died Tuesday, July 23, in the Lower Cape Fear Hospice and LifeCareCenter, Whiteville. She was 75.

Born Aug. 28, 1943 she was the daughter of the late John Lee and Mary Ethel Thomas Turner.

No services will be held.