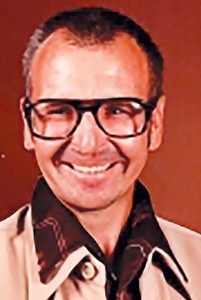 Danny Mitchel Wright of Florence passed away on Saturday, July 27, at Florence Commander Nursing Facility. He was 70.

Mr. Wright was born on Jan. 26, 1949 in Loris to the late Jesse Clifton Wright and the late Thelma Hazel Jernigan Wright.

Mr. Wright was a special needs adult who lived in Shallotte Group Home in Shallotte, for 20 years prior to moving to Florence. His sister moved him to be closer to his family.

Mr. Wright was a very caring and loving son, brother, brother-in-law, uncle, and grandson. He loved the Lord, going to church, listening to preaching on TV, and watching Bill Gaither videos. He was a very gentle caring man who never hurt anyone and did not want anyone else to get hurt, or be hurt. The world was made a better place because of his kindness and caring for others and the gentleness he showed to everyone. He is now in God’s care.

Survivors include his devoted sister, and brother-in-law, Margaret Linda Suggs and husband, Ronald of Effingham; two brothers, John C. Wright of Effingham, and Jimmy D. Wright of Iowa Park, Texas. He loved his nieces and nephews, who were also very loving, kind, and helpful to him.

In addition to his parents, Mr. Wright was predeceased by his sister, Flora E. Wright Manson and grandmother “Grandma Dora.”