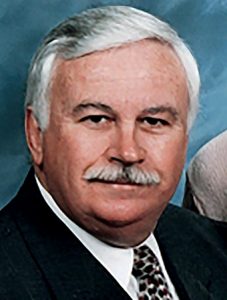 Jerry Wayne Cox of Longs passed away on Sunday, July 28, at the Medical University of South Carolina at Charleston after a short illness. He was 65.

Born Feb. 8, 1954, he was a son of Dayton Paul Cox and Fannie Virginia Prince of Longs.

Jerry attended Loris High School, graduating in 1972. He then attended Francis Marion University, graduating with a degree in Business Administration in 1976.

After graduation, Jerry went to work at Talon Industries in Loris, where he met Christine Crudo from Meadville, Pennsylvania. They married in October 1983. In 1988, Jerry and Chris were blessed with their daughter, Nicole Christine, who was the joy of Jerry’s heart. His grandson, Connor, was born in 2009 and his granddaughter, Gracelyn, in 2016.

Jerry worked in manufacturing, including time with Eagle Industries and AVX Industries. He also served as an insurance broker, where he met and helped many people in the Loris, Conway, and Longs communities. Jerry retired in 2018 to focus his attention fully on his family.

Those who know Jerry remember his avid fishing and hunting, spending many hours on the water and in the woods around Horry County – and sharing the stories of his adventures with all who would listen. He taught several generations of children about both, with endless patience and kindness to all.

Visitation was planned from 7 to 9 p.m. Thursday, Aug. 1 at Hardwick Funeral Home.

Memorials may be made to Hickory Grove Baptist Church Youth Group, 2710 Hwy. 905, Conway, SC 29526 or to your local humane society.