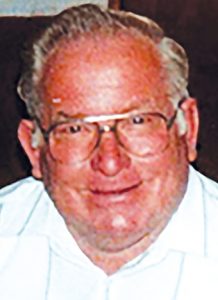 Joshia Perdee “J.P.” Blanton of Loris passed away on Sunday, Aug. 4, at McLeod Loris hospital. He was 88.

Mr. Blanton was born on Feb. 12, 1931 in Loris, to the late Samuel Overson Blanton and the late Matha Skipper Blanton.

Mr. Blanton served his country with honor and courage during the Korean Conflict in the U.S. Army. He went on to work as the owner and operator of J.P. and Son Garage from 1973 to 1993, and ran his own sawmill for the past 20 years. Mr. Blanton was a longtime active member of Live Oak Baptist Church and will be greatly missed by his family and many friends.

Visitation was to begin at 1:30 p.m., preceding the funeral services, in the chapel.