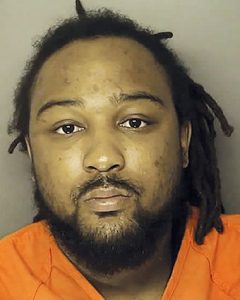 An arrest has been made in a Loris shooting just off of Loris’ main highway that left a local man dead last month, the Horry County Police Department reports.

William Henry Jones II, 26, of Loris was arrested Thursday afternoon and charged with murder and possession of a weapon during a violent felony.

Jones is charged with killing Demetrick Simon, 39, of Loris who died in the early morning of July 17 following a shooting that took place near Maple Street just after midnight, an Horry County Police Department news release said.

Horry County Police and the Loris Police Department investigated the case, with the arrest Thursday made by the U.S. Marshals Service.

Look for more on this story as details become available in the next Tabor-Loris Tribune in print and online.