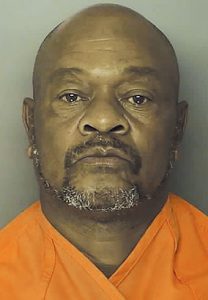 Seven arrests were made, all on the same charges, trafficking cocaine base more than 400 grams and trafficking heroin more than 28 grams.

Billy Dale Bryant, 60, of Loris was held under a $25,000 bond at the J. Reuben Long Detention Center near Conway, jail records show. Some of those charged were held without bond, most suspects from Horry and Brunswick counties, one from Texas, and one whose addresses was listed as “USA.” 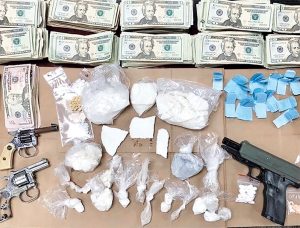 Drugs, guns and cash were seized, including:

Others charged were Clifford Randall, 39, of Little River; Timothy Gore, 46, of Myrtle Beach; Gwendolyn Hamilton, 45, of Calabash; Nicole Stanley, 37, of Shallotte; Sean L. Randall, 51 of Seymore, Texas; and Jerrod Brown, 27, of the USA.

Look for more on this story as details become available in the next Tabor-Loris Tribune in print and online.