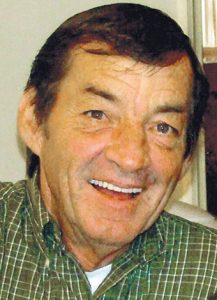 Born Nov. 11, 1948 in Columbus County, he was the son of the late Coley Blease Watts and Estie Mae Strickland Watts.

In addition to his parents, he was preceded in death by three brothers, Ronald “Ronnie” Watts, CB Watts and John Watts.

Visitation was planned from 7 to 9 p.m. Tuesday, Aug. 13, in Inman Ward Funeral Home.