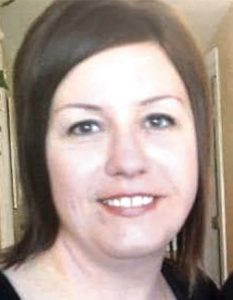 Amanda Jones Lewis of Loris passed away on Wednesday, Aug. 14. She was 44.

Survivors include her fiancé, John McCumbee of Whiteville; her mother and father, Patsy and Roger Oot of Whiteville; her two sons, Ryan Lewis and Riley Lewis and his son, Hayden Lewis all of Conway; her daughter, Reece Lewis of Conway; her two brothers, Ronneil Wade and his wife, Tina of Richmond, Virginia, and Lewis Oot and his wife, Barbara of Concord; her two sisters, Rachel Glott and her husband, Steve of Richmond, Virginia, and Denetra Oot of Concord, and her maternal grandmother, Helen Jones Williams of Conway.

Ms. Lewis was predeceased by her adopted father, Windle Jones.

Services that had been planned on Aug. 17 have been postponed and will be announced by Hardwick Funeral Home no later than Aug. 19.