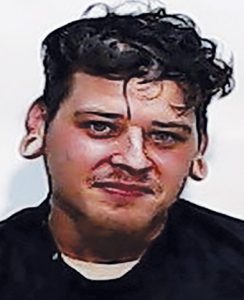 A Columbus County Public Works employee from Clarendon has been charged with stealing a gun from a vehicle while on duty in his county owned vehicle.

Charged with breaking and entering, and larceny of a firearm, Hines was booked into the Columbus County Detention Center and released under a $15,000 unsecured bond.

For more on this story see tomorrow’s Tabor-Loris Tribune in print and online.