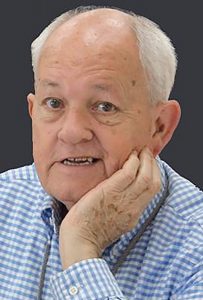 Mr. Morgan was born on Aug. 18, 1943 in Columbia to the late Harley Robert Morgan and the late Gladys Merdine Wilkerson Morgan.

Mr. Morgan served his country with courage and honor in the United States Navy and worked as district sales manager with Windsor Door until his retirement.

Mr. Morgan was predeceased by his son, Brian Morgan; his sister, Joan Turner and his brother, Jerry R. Morgan.

Visitation was planned from 5 to 7 p.m. Thursday, Aug. 29, at Hardwick Funeral Home.

Family also planned a memorial visitation  from 6 to 8 p.m. at the home of Bobby Morgan in South Congaree.