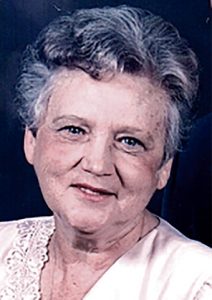 Her family was by her side.

Lucinda was born on Aug. 18, 1941, in Loris to the late Charlie Mack Powell and Edith Turbeville Powell. She graduated from Kings College and worked as a bookkeeper with Marlene Industries until she retired.

She was an avid gardener, a devoted mother, loving grandmother and a member of Tabor City Baptist Church.

Visitation was planned for the hour preceding the service at Hardwick Funeral Home.

Memorials may be made to the Lower Cape Fear Hospice Angel House, 206 Warrior Trail, Whiteville, NC 28472.