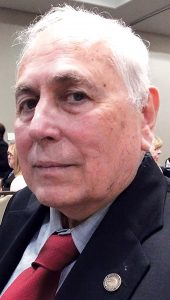 Daniel Robert Cinq-Mars of Loris passed away on Tuesday, Sept. 10, at his home. He was 71.

Mr. Cinq-Mars was born July 26, 1948 in Pawtucket, Rhode Island, to the late Robert Irenẻ Cinq-Mars and the late Pauline Madeline Gagne Cinq-Mars. He served his country with honor and courage in the United States Coast Guard for four years during the Vietnam Era.

In addition to his parents, Mr. Cinq-Mars was predeceased by his brother, Paul Cinq-Mars.