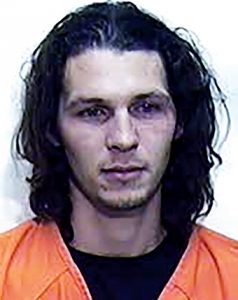 A man with a taste for beer was arrested Sunday, accused of using a stolen SUV in thefts from three convenience stores and two grocery stores Saturday, Tabor City Police Department reports say.

Dusty Jonathan Prince, 30, of Will Inman Road, Tabor City, was located by police Sunday and served with five warrants related to the vehicle and beer thefts, a report by Officer Brian Campbell said.

Prince was charged with possession of a stolen auto and five counts of larceny, victims including Vasco stores #1 and #2, the Minuteman on US 701 Bypass, the Food Lion and IGA grocery stores.

Prince was held at the Columbus County Detention Center under a $10,000 bond on the single motor vehicle possession felony charge and five misdemeanor warrants.

Ordener Paefer Bronnar, 51, reported the theft of his 2015 Dodge Journey worth $15,000 from his Forest Avenue home about 7:30 a.m. Saturday, a report by Lt. Robert Mumblow said. Bronnar told police that he had parked the car Friday evening, was not sure if he took the keys our or locked it, and was unable to find the keys Saturday.

A clerk at the Vasco #1 on Fair Bluff Road reporting the theft of a 12 pack of beer worth $13.87 just before 6 p.m. Saturday said a man identified as Prince walked into the store, grabbed the beer, and walked out without paying, getting into a white SUV with the license plates assigned to Bronnar’s vehicle, a report by Officer Stephen Conner said.

A clerk at the Vasco #2 on East 5th Street reported a nearly identical situation just minutes later, with Prince allegedly walking into the store, walking out with a 24 count pack of beer worth $21.34, and driving away in a white Dodge SUV.

Apparently still without enough beer, Prince is accused of walking at the Minuteman on US 701 just before 7 p.m., again walking out with a 24-count case of beer worth $19.99, a third report by Officer Conner said.

Similar thefts took place at the Food Lion just before 7:30 p.m., the IGA minutes later, Prince accused of taking 24-count cases of beer worth $18.99 and $15 respectively.