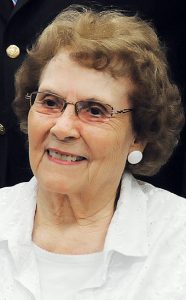 Gone but not forgotten, the late Estelle S. Wright continued giving to the city she served and loved this week, six months after she passed away.

Mayor Todd Harrelson and Interim City Administrator Dennis Drozdak have received a check this week for $225,000 to go towards paying off the city’s Public Safety Building. 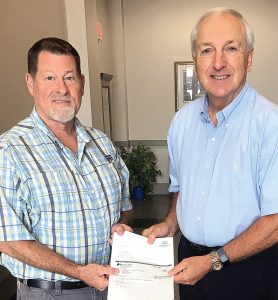 Wright, who died on March 20, was 97. She served on Loris City Council from 1994 through 2014, was instrumental in an early renovation project at Loris City Hall, and during the city’s centennial donated the Town Clock which still stands downtown.