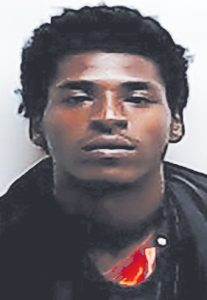 An armed robbery warrant has been served on one of at least two accused of forcing their way into an Oxford Village apartment last week.

A woman told police she was asleep on the couch of her Oxford Village apartment when she heard her door kicked open, and two men with hoodies, one who may have had a pistol, burst in and grabbed her purse, an Oct. 23 TCPD report said.

A purse containing $3,000 cash and prescription medication were taken, the report said. The woman said the men fled in a red pick-up truck.

Vaughn is a former wide receiver with the New Hanover High Wildcats football team, and was named MVP in the 2017 state championship game, WECT in Wilmington reported.