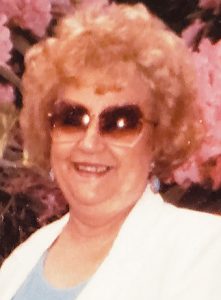 Myrtle Mae Currie of Whiteville died Saturday, Nov. 2, in the Brunswick Health Center, Ash. She was 100.

Born March 14, 1919 in Columbus County, she was the daughter of the late Vander Norris and Lucy Cribb Norris.

She was the widow of Neil Calvin Currie Sr.