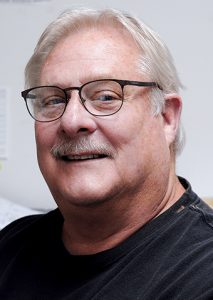 A single provisional ballot cast for incumbent Nelson Lee and recorded Thursday left challenger Ronnie Graham with a one-vote lead in the race for a seat on Tabor City Council.

At stake is a second seat on council. Incumbent David Mincey was the top vote getter in the race for council, leaving Lee and Graham about 100 votes behind in a tight race for the second seat.

A recount is likely if the 164 to 163 vote holds during the formal canvas of the election scheduled for 11 a.m. Friday, Acting Elections Director Kathy Enzor told members of the Columbus County Board of Elections Thursday.

A recount would have to be requested by the third place finisher, who would have until 5 p.m. Monday to make that request. 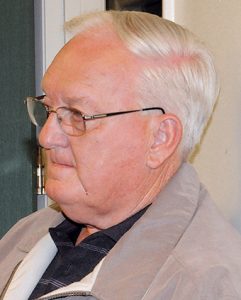 Because Enzor is scheduled to be out of town next week a recount, if requested, might not be held until Monday, Nov. 25.

It’s possible, however, that the recount could take place tomorrow (Friday), Enzor said, if it is requested quickly.

Lee, later Thursday, said he would be present at Friday’s meeting and would likely request a recount then, if he remained the third-place finisher after the canvas.

Lee has indicated that he may offer a challenge on the election based on a voter’s statement he received that said the ballot counter in Tabor City malfunctioned during the election, Enzor told the board Thursday.

There apparently was no malfunction in the ballot counter, though a printer did cause problems at the polls, jamming, and when re-set printing numerous previously saved files.

“The ballot counter did not malfunction,” Enzor told her board.

Lee, later Thursday, said his information was from a voter, and that he was going to talk again to that voter to make sure he was referring to an issue with the ballot counter, and not a separate printer.

Ten provisional ballots were cast in Tabor City during Tuesday’s municipal election, but only two were determined to be qualified voters, the board concluded Thursday.

Votes for candidates on the ballot were counted by machine, write-in votes were counted by hand. Write-in candidates Wallace L. “Buddy” Clontz picked up a single vote for Mayor, Cecil Dewayne Nobles one for council, though both were well behind in the voting and the new votes did not change the outcome.

Incumbent councilman David Mincey, who led the voting for council, picked up one more on a provisional ballot.

Look for an update on this story following Friday’s canvas, and the full story in the next Tabor-Loris Tribune in print and online.