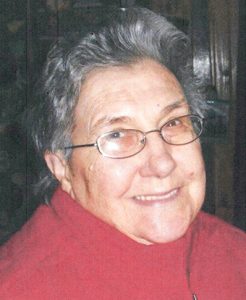 Carlene Cribb Long of Delco of Delco died Tuesday, Nov. 19, at Premier Living and Rehab Center, Lake Waccamaw. She was 81.

She was a caring and trustworthy person and all who knew her loved and respected her. She was a member of Livingston Baptist Church in Delco.

Family would like to extend our appreciation and thanks to her former sitter, Terry Lynn Smith, the guidance and assistance from Lower Cape Fear Hospice and the love and care she received from the staff of Premier Living and Rehab Center.

The home of Sylvia and Jimmy Fowler at 158 I. M. Cribb Lane (off of Old Cribbtown Road) will be available for friends and family to gather.

Visitation was planned for the hour preceding the service at the Inman Funeral Home Chapel.