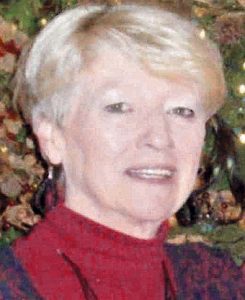 Patricia Ann Stewart of Chadbourn died Tuesday, Nov. 19, in her home. She was 70.

Born June 26, 1949 in Columbus County, she was the daughter of the late Ralph Dewitt Fowler and Annie Mae Sellers Fowler.

In addition to her parents, she was predeceased by one brother, Delane Fowler; and a sister, Parisa Chauncey.

A memorial service was planned for 2 p.m. Sunday, Nov. 24, in the Inman Ward Funeral Home Chapel.