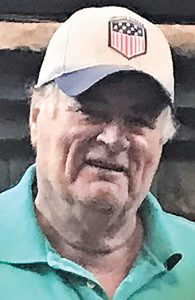 Born in Horry County, he was the son of the late James Gurtha Ward and Lettie Johnson Ward.

He was a veteran of the U.S. Army where he served in Vietnam.

Visitation was planned from 6 to 8 p.m. Sunday, Nov. 24, in Inman Ward Funeral Home of Tabor City.