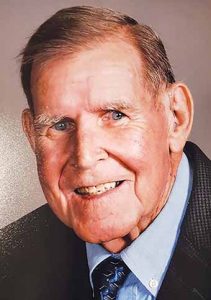 Born July 18, 1945 in Columbus County, he was the son of the late Benjamin Samuel Hinson, Sr. and Connie Norris Hinson.

He is survived by his wife, Betty Lou Soles Hinson of the home; one daughter, Betsy Hinson and husband Keith Patterson of Myrtle Beach; two sons, Benjamin “Benji” Samuel Hinson III, and Robert Earl Hinson, both of Clarendon; two brothers, Joseph Hinson and wife Bonnie of Chadbourn, and Brooks Hinson of Chadbourn; one sister, Shirley Nealey of Chadbourn.

In addition to his parents, he was preceded in death by two sisters, Carrie Hardee and Rose Hazelwood; and one brother Charles Hinson.

He was a Veteran of the U.S. Navy where he served proudly on the USS Hancock during the Vietnam War. He was employed by Ridgeland Federal Paper /International Paper for forty years.  He was also a member of Sweet Home Baptist Church, Clarendon.