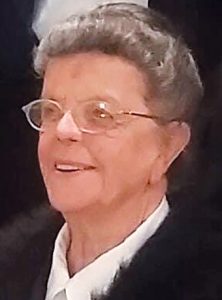 Born July 14, 1934 in Robeson County, she was the daughter of the late Alton and Ruth Ward Singletary and the widow of the late Robert Smith.

In addition to her parents and husband, she was preceded in death by two brothers, Edward Singletary and Raymond Singletary; and brother-in-law Cordell Harper.

She was a retired Columbus County School teacher and a member of Faith Holiness Church.

Visitation was planned from 7 to 9 p.m. Thursday, Dec. 26, in Inman Ward Funeral Home.