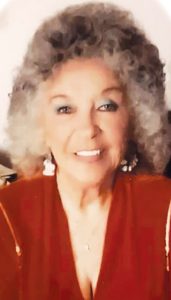 Joann Sawyer Barringer of Loris passed away Sunday, Jan. 12, at her home following an illness. She was 85.

Mrs. Barringer was born on Dec. 29, 1934 in Conway to the late Burroughs Charles Sawyer and the late Bertha Mae Richardson Sawyer.

Mrs. Barringer was a longtime member of Buck Creek Baptist Church. She worked for many years as an accountant and as a dispatcher for Folly Beach Public Safety.

In addition to her parents, Mrs. Barringer was predeceased by her husband, John Henry Barringer and her brother, B.C. Sawyer.