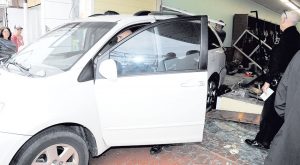 Three employees of the Families Values Too thrift store in Tabor City were taken to the hospital after its mini-van backed into the Main Street business Friday morning, Families First Executive Director Vickie Pait said.

One employee was behind the wheel of the mini-van, backing to the curb, when the vehicle went across the sidewalk and through the glass front door and picture window just before 10 a.m. Friday.

Pait described the longtime employee driving the van as “very responsible” and said a medical issue may have led to the incident.

Two employees inside the store were also hurt, one “run over” with injuries to both legs, a third on her first day on the job less seriously hurt.

Pait said she expects repairs to be made quickly.

“Our insurance will pay for everything,” she said.

It’s not clear when the store will re-open, but Pait said the incident has resulted in a change of plans, with the store scheduled to close next week now expected to stay open.

Families Values Too has been in its present location since June, and without a working HVAC system, Pait said.

“We had to close two days this week, no heat,” Pait said. “We were going to close, but we’re expecting the landlord to get the heat and air in, and we’re going to stay until our lease runs out.”

That lease expires in June, Pait said, and Families First leadership will be exploring its rental options in downtown Tabor City between now and then.

Families First is a Whiteville based non-profit agency dedicated to addressing issues related to domestic violence and sexual assault in Columbus and Bladen Counties.

It offers  variety of services including an emergency shelter, 24-hour crisis response, counseling, and much more. It operates a “Confidential Crisis Line at 910-641-0444. 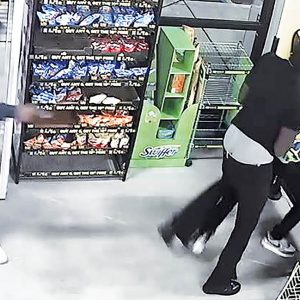