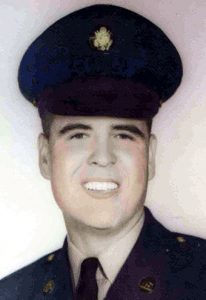 Billy Joe Blackburn of Loris passed away on Tuesday, Feb. 4, at McLeod Loris hospital surrounded by his loving family. He was 81.

Mr. Blackburn served his country with courage and honor in the United States Army. After the Army, Mr. Billy moved back to Loris and worked with Prince Chevrolet for 15 years. He went on to work and retire from Horry County Schools as a purchasing agent.

Mr. Blackburn was a longtime active member of Loris First Baptist Church where he sang in the choir and was a deacon. He was a member of the Gideon’s International, Loris Chapter, as well as the Lions Club, but will be most remembered as a loving, father, grandfather, brother and cherished friend.

Visitation was planned from 6 to 8 p.m. Friday, Feb. 7, at Hardwick Funeral Home. The family will be meeting at Mr. Blackburn’s home in Loris and invited friend to visit with them there as well.