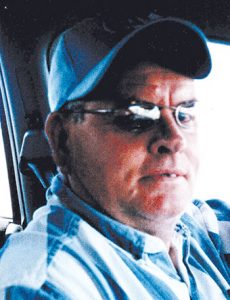 Roger Dale Watts, Sr., of Longs passed away on Sunday, Feb. 9, at Embrace Hospice House surrounded by his loving family. He was 70.

Mr. Watts was born on Aug. 23, 1949 in Tabor City, to the late Norman Watts, Sr. and the late Elizabeth Milligan Watts.

Mr. Watts was a member of Springfield Baptist Church and was a loving husband, father, grandfather, brother and cherished friend.

In addition to his parents, Mr. Watts was predeceased by his loving wife, Wilma Carol Cribb Watts; and brother, Norman Edward Watts, Jr.

Family would like to extend a heartfelt thank you to the staff of Embrace Hospice for their compassionate care during this very difficult time.

Family planned to receive friends from 2 p.m. until the time of service at the church.

In lieu of flowers the family requests memorials in Mr. Watts’s memory be made to Embrace Hospice at 175 Village Center Blvd., Myrtle Beach, SC 29579.