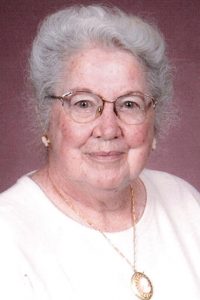 Gloria Fowler of Tabor City died Tuesday, Feb. 18, in the McLeod Hospice House in Florence. She was 91.

Born Dec. 23, 1928 in Albany, Georgia, she was the daughter of the late Anthony Carl Putnam and Leila Broy Watson Putnam and the widow of Elton May Fowler.

She was a member of Tabor City Baptist Church and a faithful supporter of the Tabor City Library.

In addition to her parents and husband, she was predeceased by one sister, Donna Putnam.

Burial services were planned for 11 a.m. Friday, Feb. 21, in the National Cemetery in Florence.