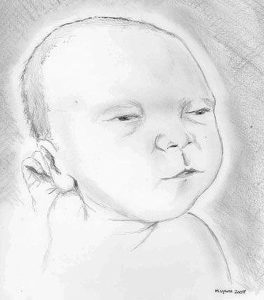 Jennifer Sahr, charged with homicide in the Baby Boy Horry case from 2008, was arrested in the Myrtle Beach area Tuesday afternoon, less than four hours after the charge against here was released by the Horry County Police Department.

A bond hearing is expected Wednesday at the J. Reuben Long Detention Center near Conway, where she will be booked Tuesday evening.

In the 11 years since a crew of Horry Electric contractors found the body of an infant inside a box at the edge of a wooded area near Conway, investigators never gave up hope of finding the person responsible for the death of Baby Boy Horry, Horry County Police Department Chief Joe Hill said Tuesday.

A warrant obtained for a Florida woman police say was a student at Coastal Carolina University when the baby was found on Dec. 4, 2008 put those seasoned investigators on a “rollercoaster of emotions,” Hill said, including some satisfaction that justice will be done for Baby Boy Horry. 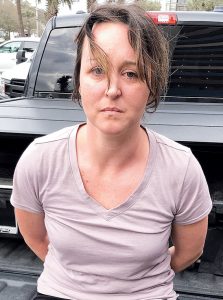 That warrant charges Jennifer Sahr, formerly Jennifer Rickel, 32, with a single count of homicide by child abuse, Hill said, adding that the investigation is ongoing.

“Scientific evidence” led to the conclusion that Sahr is the mother of Baby Boy Horry, Hill said. Investigators have also identified and interviewed the father, but Hill would not say if the father would, or would not, face criminal charges.

Sahr was not at her Pensacola, Florida home when Horry County detectives, joined by Escambia County Sheriff’s Office deputies, went there Monday, Hill said. It appears that Sahr “has left the area,” and investigators simply don’t know where she may be.

“We hope she turns herself in to the Horry County Police Department, or any law enforcement officer near her,” Hill said. “We won’t stop looking for her. We will bring her to justice.”

Look for more on this story in Wednesday’s Tabor-Loris Tribune, in print and online.