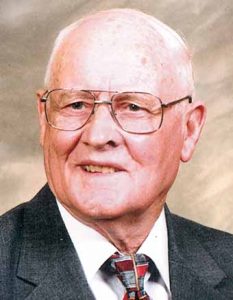 He was born June 13, 1926 in Horry County, and was the son of the late Jesse Daniel and Fannie Simmons Lewis.

Mr. Lewis was a retired machine operator and farmer. He was a member of Dogwood Hill Baptist Church.

In addition to his parents, he was preceded in death by his wives: Dola Beatrice Fowler Lewis and Velma Gerald Booth Lewis; two sons, Billy Lewis and Keith Lewis; two daughters-in-laws; one great grandchild; three brothers; and one sister.

Visitation was planned from 6 to 8 p.m. Thursday, March 19, in Inman Ward Funeral Home.